< advice / Should I accept a counter-offer?

Should I accept a counter-offer? 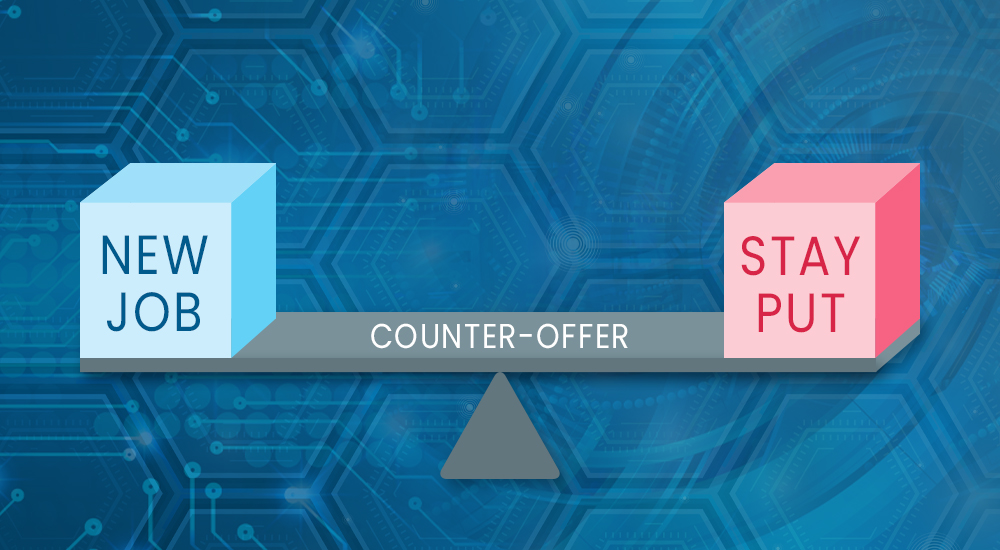 The situation is a familiar one. After months of craving a fresh challenge, an improved financial package and a role that better suits your skills, you land a job offer that seems to tick all the boxes.

Your resignation letter in hand, you build up the courage to tell your boss the bad news and get ready to start an exciting new chapter of your life.

However, just when you think the hard part’s over and done with, you’re hit with a counter-offer that seems to change everything. But does it really?

The answer is, most probably, no.

Of course every counter-offer should be judged on its own merits, and you should always think carefully before making decisions of this nature.

But more often than not, it’s going to work out better for you if you resist the flattery of the counter-offer and move on to pastures new.

These are our top five reasons why you should probably reject that counter-offer:

Why didn’t it come sooner?

If your employer is so quick to offer you more money, why didn’t they do it earlier? It is a clear indication that they probably knew your true worth all along, but have opted to do nothing in the hope that you wouldn’t bring it up. It shouldn’t take a resignation letter for you to secure a pay rise.

Sure, you’ll be financially better off than you were before, but you can expect to be a lot busier too. You’ll be made to earn the extra salary – meaning your days are going to be longer, your deadlines are going to be shorter, and your workload is going to be bigger.

Your card is marked

If you think things are going to carry on as they were before, think again. Now you’ve handed in your resignation, you’ll be forevermore viewed as a defector. This means that if your company ever needs to make cutbacks, your head is likely to be first on the chopping block ahead of ‘more loyal’ employees.

The last pay rise for a long time

The counter-offer may give you a decent pay rise for now, but think how difficult it’s going to be wangling another increase at a later date. With a new job, you won’t have this weighing on your mind when making future pay requests. Additionally, you’ll probably see your pay automatically bumped up within six months or so anyway.

Getting a counter-offer might make you feel warm and fuzzy inside, but it’s important to remember why you resigned in the first place. Many individuals move on because they feel they are poorly managed. Others because their talents are underutilised or unappreciated. Just because your boss has suddenly decided to flash the cash, don’t think that these issues are going to disappear.

< advice / Should I accept a counter-offer?
Search for your next career move