< advice / Where does data analytics end and data science begin?

Where does data analytics end and data science begin? 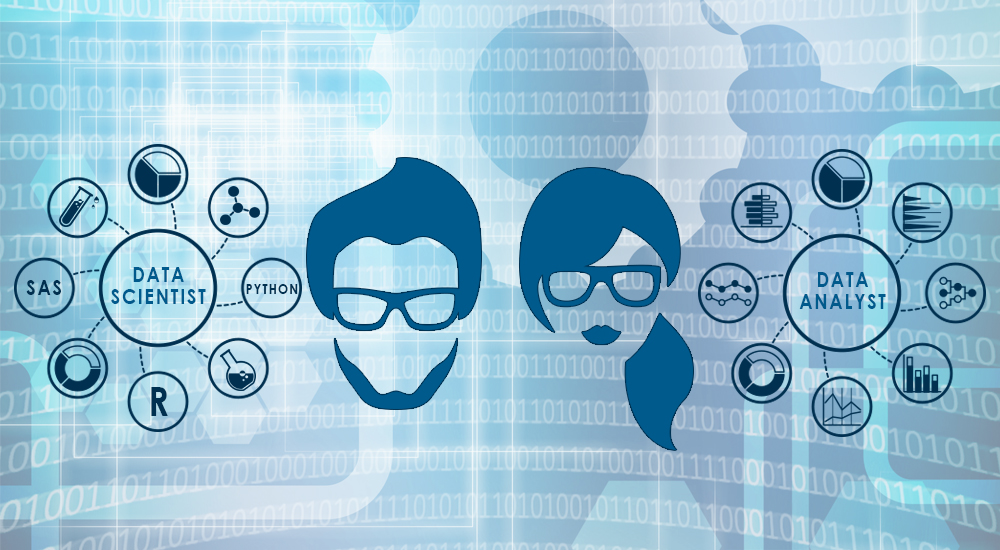 Data analytics is a hot market at the moment and it’s only going to continue to grow with the amount of data we’re producing; by the year 2020, about 1.7 megabytes of new information will be created every second, for every human being on the planet!

As the market expands the need for skilled professionals such as data analysts and data scientists becomes more and more prevalent, however there is some confusion within the analytics community about what each role entails.

We thought it would be helpful for hiring managers and candidates alike if we highlighted some of the key aspects of the data scientist and data analyst roles based on our experience recruiting in the industry.

What is a data scientist?

The term ‘data scientist’ is a fairly new title and consequently there are many different definitions floating around.

SAS defines data scientists as “a new breed of analytical data expert who have the technical skills to solve complex problems – and the curiosity to explore what problems need to be solved.”

From our experience of the industry a data scientist is someone who can combine raw data with analysis, statistics, programming and machine learning to make it more valuable and accessible for an organisation. Data scientists bridge the gap between the business world and IT departments which makes them highly sought-after.

How does this compare to a data analyst?

The role of a data analyst will look different depending on the organisation, but in a nutshell the role is collecting, sorting and studying different sets of information.

A data analyst performs logical data modelling, identifies patterns in data, and designs and creates reports. Analysts are generally tasked with drawing conclusions from the data and educating others in the business on how to use it.

Thomson Nguyen, founder and CEO of Framed Data, a predictive analytics product put together this neat diagram to show how the roles of a data analyst and data scientist intertwine:

In summary; a traditional data analyst might commonly look at data from one or two sources, this will likely be an internal CRM system/database. A data scientist will explore and examine data from multiple disconnected sources, piece the data together, draw conclusions from the data and be able to compile a story from the data. The ultimate goal is to discover a previously hidden insight that can provide a competitive advantage, solve business problems or push products to the next stage.

A data scientist could be considered an ultra-modern evolution from a traditional analyst.

< advice / Where does data analytics end and data science begin?
Search for your next career move